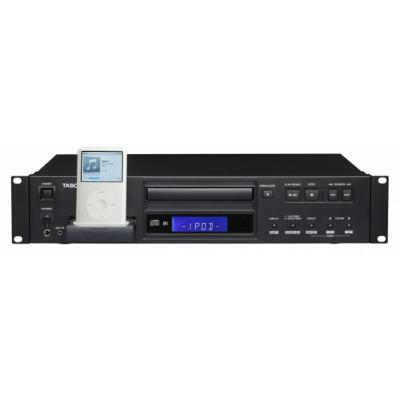 TASCAM's CD-200i is a unique combination of rackmountable CD player with a dock for Apple's iPod® music player. The CD player uses the new TEAC CD-5020A transport custom-designed for audio playback with a smooth loading drawer and low clamping noise. The internal clock has been improved for a smoother sound and decreased jitter.

In addition a sliding drawer reveals a connector dock any Apple iPod. The iPod can be controlled from the CD-200i's front-panel or wireless remote including transport control album navigation and more. The iPod can be charged from the dock connector and video can even be played through an S-video jack on the rear panel.

Be the first to review “CD-200I” Cancel reply

There are no reviews yet.